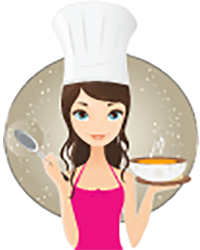 Our goal is to make you feel like you’re at home. Here at Daisy’s, you’ll always be welcome, well-fed, and among good company.

A staple for customers who are hard at work in the neighborhood but also a destination breakfast joint, Daisy’s is a great place to grab breakfast on the go, a delicious coffee, or a satisfying sit-down meal.

About the Owners
FAQ
Dietary Needs

Do you offer Vegetarian/Vegan/Gluten Free options?

Can I order ahead of time?

Should I make a reservation?

Sorry, but due to our high-traffic peak periods, we are no longer accepting reservations…  it’s first-come-first-served!

We do not, unfortunately. You are welcome to get in touch with us to ask about special events, but we aren’t making any promises…

I have a large group of people…

That’s wonderful! We’d love to serve you, however, due to space restraints, we have a limit of 10 people for larger groups.

Although we will go out of our way to make sure everyone who comes through our doors is well taken care of, please note that we do not specialize in any particular dietary niche, and are not an allergy-free facility.

If you’re curious as to what we can do, click on any of the following dietary needs for more information:

Although we are happy to alter your order by substituting for or removing items, we CANNOT GUARANTEE a 0% chance of contamination, and would not allow anyone with a life-threatening allergy to eat with us. We regret that this is the case, but would rather disappoint than subject anyone to an emergency situation.

We have a two-step verification process for allergy orders in order to make sure that nobody comes to harm in our restaurant – please do not be offended if we ask twice.

We have many Gluten-Friendly options, but cannot say that any of our creations are 100% Gluten-Free. If you have Celiac disease, we would highly recommend our friends at The Workshop Vegetarian Cafe instead… We make all kinds of treats in our small kitchen and we CANNOT give you a 100% guarantee that our Gluten Friendly options will not cause a reaction.

On a happier note, we do offer our own Gluten-Friendly bread and burger buns. Just let us know, and, for a small fee, we’ll be happy to substitute in a GF option for any of our sandwich, bread, or burger offerings.

Depending on the day, we may also have a Gluten-Friendly Soup Special on hand. Check out our specials board on the way in, or call ahead to ask about the day’s feature.

We have a variety of Vegetarian dishes available! Just look for the Ⓥ symbol on our Breakfast or Lunch Menus.

Or, if you’re feeling adventurous, sub tomato for the ham, bacon or sausage for a tasty vegetarian option. Avocado is also available as an add-on for $2.

We will be honest – we are not a vegan kitchen! If you’re open to exploring other venues, we’d highly recommend our friends at The Workshop Vegetarian Cafe.

If you’d rather eat with us though, we’d be happy to make you a veganized Daisy’s Salad: no eggs, no croutons and avocado instead of meat.

For those dedicated to the Paleo or Ketogenic diets, we’d recommend any of the Omelettes for breakfast or a Daisy’s Salad (sans croutons) for lunch.

That said, many of our menu items could easily be tweaked to fit your needs. Take, for example, a Benny with no English muffin, or fresh tomatoes instead of the hashbrowns that accompany so many of our breakfast selections.

You may already be familiar with the food, but what do you know about those charming people behind the counter or hidden in the kitchen?

Brigitte was born in Montreal and David was born in North Vancouver. Although living on different coasts, they experienced the same upbringing – in different languages! – as they both grew up watching their parents run a family diner. Amid bussing tables and doing homework between customers, they both developed an appreciation for good food, a passion for cooking and a love for entertaining.

Their first jobs? Obviously, you guessed it: in restaurants.

In 1991, Brigitte moved to Vancouver, but it is not until 1998 that David and Brigitte met – in a restaurant, of course – where they were both working. Well… Brigitte was David’s boss – some things just never change!
It did not stop David from making a bold move in 2000: he asked Brigitte to marry him and she said yes. Soon after, they were blessed with their little princess, Charlotte Daisy.

With the years fleeting, David started to feel the pressure: he would soon run out of time to fulfill his lifelong dream of being his own boss. So, he decided to take the plunge in 2010 and go where another Kovacic had gone before: he opened his own family diner.

Brigitte, never lacking on ideas and projects, had been lucky enough to have fulfilled one of her many dreams by “feng shui-ing” the whole house (including closets and cupboards), the garden, the cars and even her friends’ houses. She was happy that a family restaurant would give her the chance to pamper more people than just her fabulous friends and family members. And of course, she would have the chance to “feng shui” another place!

Obviously, a dream – even a lifelong one – does not become a reality without a lot of hard work and a few setbacks. There were a few sleepless nights – about 300! – until the grand opening of “Daisy…Sandwiches and Such!” in May 2011.

Since then, David and Brigitte have been thrilled to welcome you in their cozy, colourful second home – with excellent breakfasts, original paninis, great soups and, of course, friendly smiles.

Come enjoy the dream with them today. They will be pleased to see you back tomorrow!

©2019 Daisy Sandwiches and Such

We regret to announce that we have closed permanently.

Merci beaucoup for your business, loyalty and patience throughout the years. We have enjoyed serving you, and wish you all the best for the meals to come.